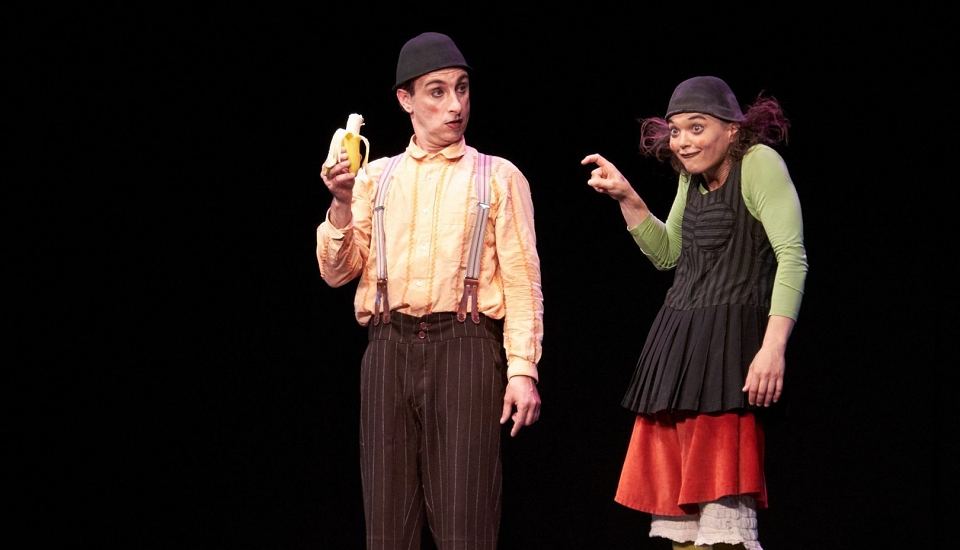 A few days before their arrival in Montreal for spring break, we asked some questions to Camilla Pessi, the half of Baccalà Compagnia she formed with her colleague Simone Fessari. They present PSS PSS from March 6th to 10th 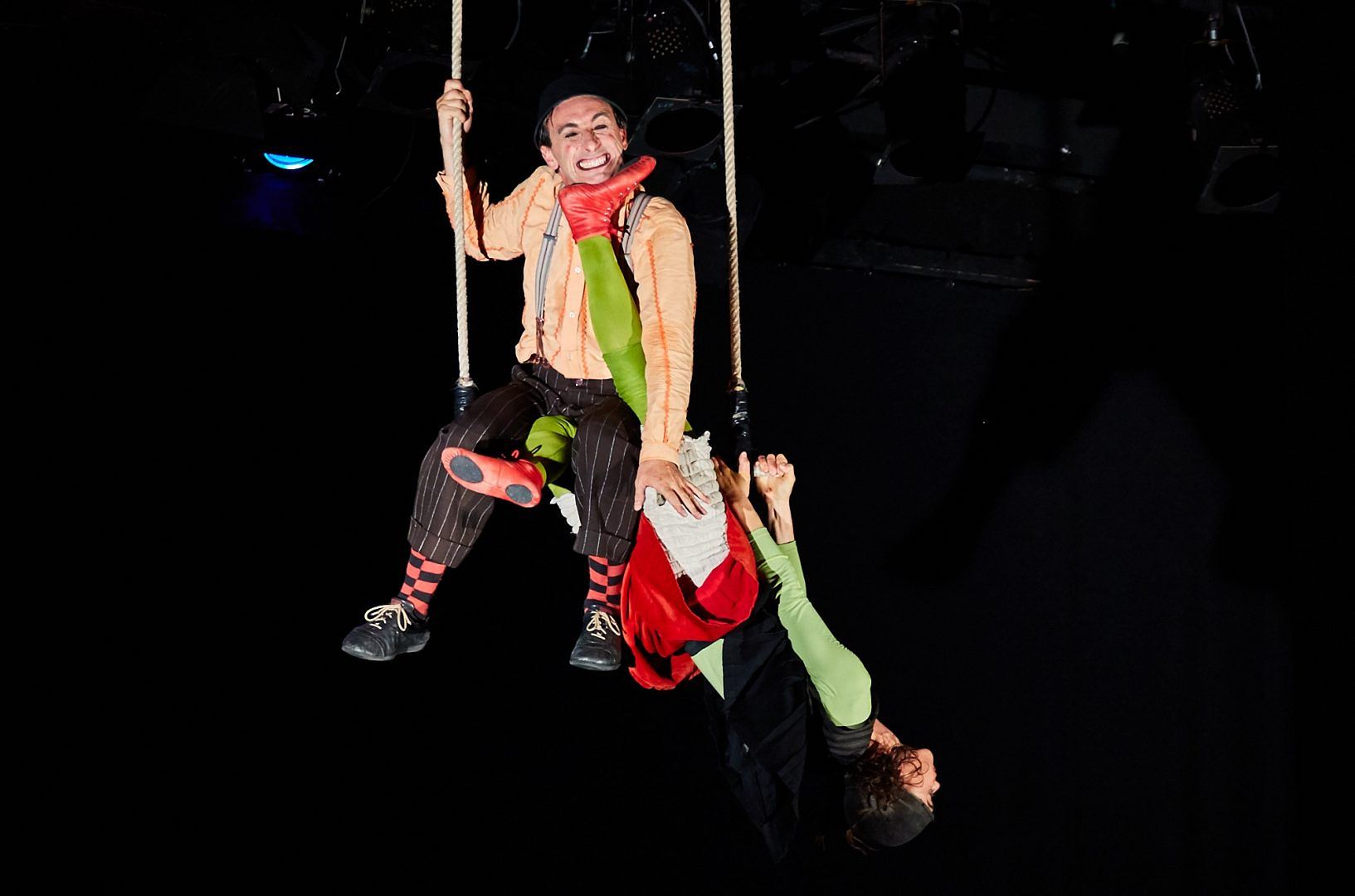 TOHU: Where does the title Pss Pss come from?
Camilla Pessi: It’s the only sound uttered during the show. It’s supported by a gesture and is repeated quite often!

TOHU: Tell us about the genesis of the show.
Camilla Pessi: We started in 2005 by creating four cabaret acts, which we performed for five years. Then, we wanted to come back to the theatre. Having both attended the Accademia Teatro Dimitri, a movement theatre school, we missed the concept of a show. We carried on with the creation and developed a stage show, which we performed one year later at the Festival d’Avignon. It worked so well that we have been touring it since 2011! 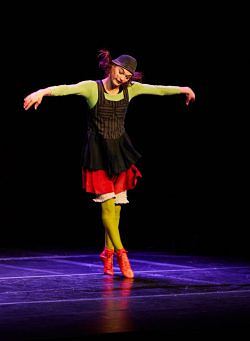 TOHU: Describe your creative process.
Camilla Pessi: The work is hard as we start from scratch, without any narrative. We’re there, in an empty space, and we improvise using only a few technical elements, a trapeze, some acrobatic tricks, which has us progress in the dark. It’s a very, very slow process! Sometimes, months of work result in 25 seconds in the show. Not to mention that for a clown, not having an audience is harsh! (laughing). When we see the start of a structure appear, we test it in front of an audience to check and adjust a few things. That requires great tolerance for uncertainty. That being said, the method works well, and our work constantly evolves. With a solid foundation, the show improved as we performed it.

TOHU: What are your projects in the future?
Camilla Pessi: The premiere of our second show Oh Oh just took place this January! We will perform it this summer at the Festival d’Avignon and we hope it will work as much as Pss Pss. The creation of the show took a year and a half, a very intense period as we worked on it while touring.

TOHU: Can you tell us a little more about this new creation?
Camilla Pessi: Oh Oh is not the continuation to Pss Pss, but rather an extension in some way. Since 2005, and after about 800 performances, Pss Pss’ characters have developed a lot, which gave rise to situations, emotions, interactions that required another universe. The same clownish language and characters are back, but they have grown with us! We’ll find them more mature, immersed in new adventures.

TOHU: You perform in front of young and adult audiences. Do you see a difference?
Camilla Pessi: Our universe resembles more the one of adults, but the message speaks to all and there is something for everybody. There are very subtle things that only adults can understand, but young ones also find themselves in the show. The big difference in reactions comes from culture. For example, in Japan, the audience is very discreet, until they get how it works and eventually respond, open up. In China, the audience doesn’t react to subtleties and doesn’t let loose, whereas, in Germany, the audience is very generous, shouting, laughing, participating. This requires for us to be flexible. We often adapt depending on the location.

TOHU: Having been to Montréal before, how do you like it?
Camilla Pessi: It’s our third visit here (the premiere took place during MONTRÉAL COMPLÈTEMENT CiRQUE!) and we really like to perform in Canada, where the contemporary circus culture is really welcoming and makes us feel at ease. 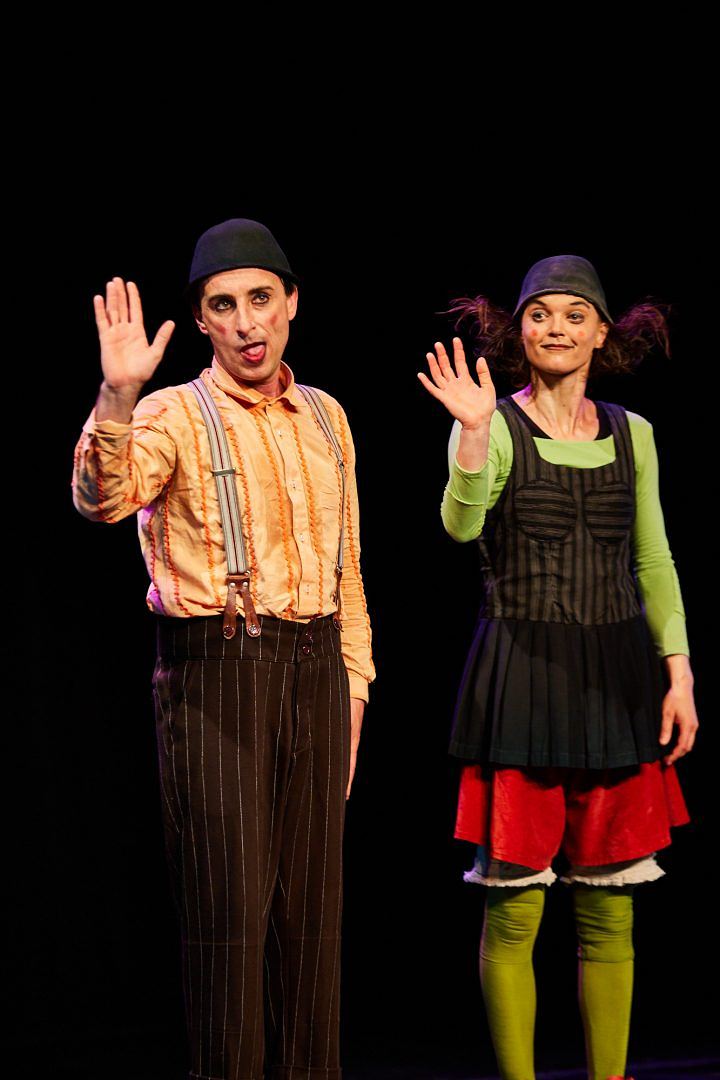 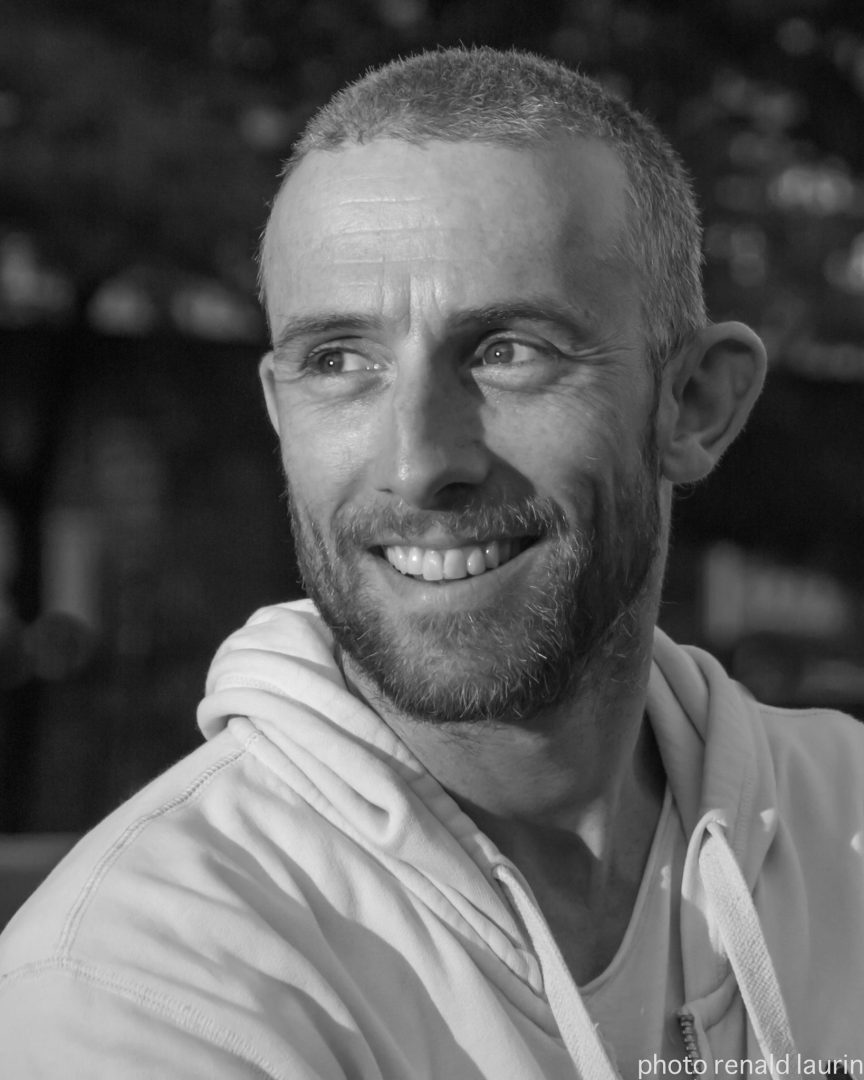 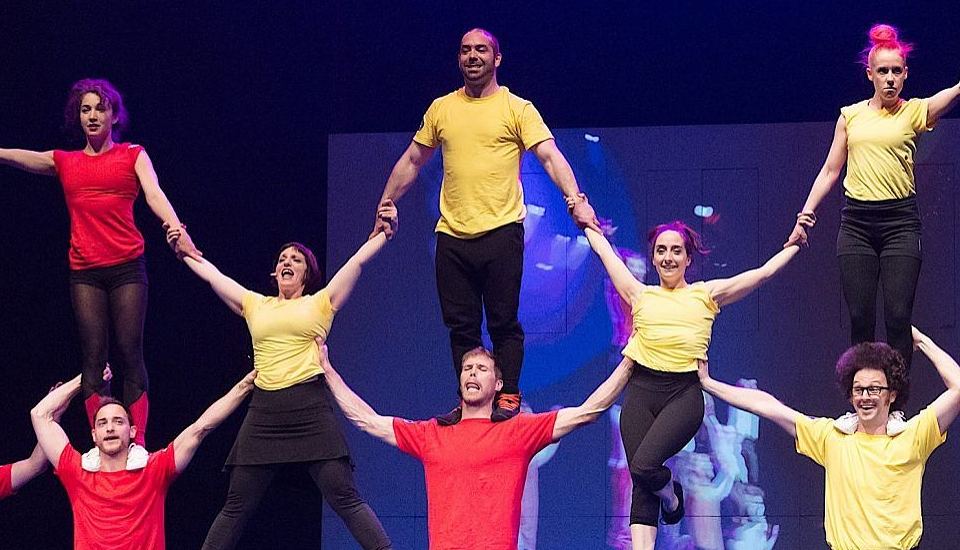 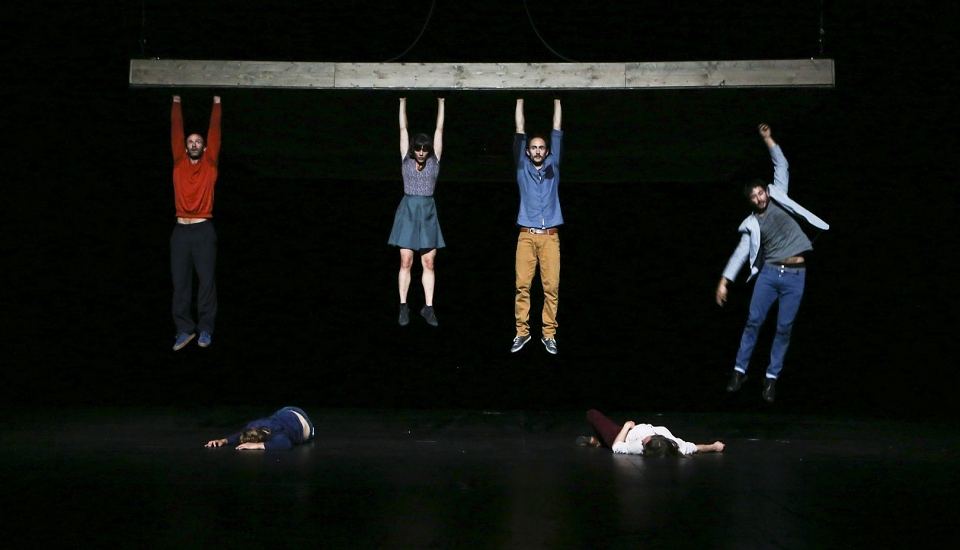